Welcome to my websit 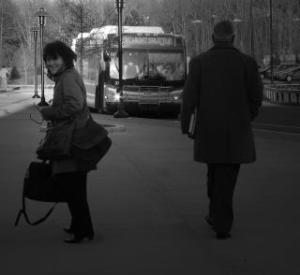 e. I am a historian and journalist who, in recent years, has worked as a researcher, writer, and editor for Northeastern University’s Dukakis Center for Urban and Regional Policy, the UMass Donahue Institute’s Economic and Public Policy Research Group, and the Massachusetts Institute for a New Commonwealth (MassINC). I am also a fellow with the MassINC’s Gateway Cities Innovation Institute, and a Penn Institute for Urban Research scholar. I wrote Small, Gritty, and Green: The Promise of America’s Smaller Industrial Cities in a Low-Carbon World MIT Press, 2012) while a research affiliate in the MIT School of Architecture and Planning’s Community Innovator’s Lab. I earned MA and PhD degrees in U.S. social and cultural history from the University of Rochester, where I studied with historian and social critic Christopher Lasch. Although I did some university teaching and revised my doctoral dissertation as a book, I found the ’90s-era academic culture wars to be–how shall I put this?–intellectually stultifying, unnecessarily obscure, and pretentious. So during that period, I spent seven rewarding years as associate editor with the Howard Thurman Papers Project, which culminated in a residential fellowship with Harvard University’s W.E.B. Du Bois Institute for African and African-American research and a book co-edited with Walter Earl Fluker. The first two scholarly volumes of Thurman’s collected works, on which I worked, were published in 2009 and 2012.

Eventually, I found a congenial home in magazine journalism, working as an editor for the Boston Phoenix and later, the Boston Review. Over the years, I’ve published essays, articles, book reviews, and short pieces in both publications, as well as in Bookforum, the Nation, Democracy: A Journal of Ideas, Raritan, the American Prospect, the Washington Post, In These Times, and Commonweal, among others. As a result of my adventures, I am conversant in a range of subjects, from American intellectual and religious history, to political and economic analysis, to urbanism, environmental sustainability, and built form: a person of interests.

As varied as my professional life and publishing record have been, I have been preoccupied with one unifying intellectual theme throughout: that, against American cultural fantasies of inevitable progress and perfectability–right, left, and center (or what used to be called “liberal”), the human condition imposes limits to growth. And so I’m always alive to matters of fitness and appropriateness, of scale and proportion; to mystery and the limits of knowledge; to the danger of monopoly power; and to the propensity to conflict that afflicts the human heart.

Although I live in Boston now, I spent most of my life in the smaller industrial cities of the Rust Belt, as well as in the Mother Ship: Detroit. Over the years, I’ve done a bunch of things to support myself and just generally get out into the world: I’ve worked as an archivist at the National Archives, an editor for a few media outlets and academic publishing projects, an organizer for an environmental nonprofit, a house painter, and a bartender–I broke up a few bar fights back in the day, which was nothing compared with my later experience managing people in a professional setting.

One more thing: I am available for freelance writing, editing, and speaking, as well as consulting on sustainable urban planning and economic development.

My résumé and full curriculum vita are available upon request.